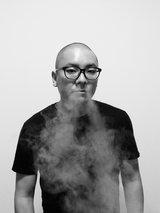 Chaoyue Pan 潘超越 (b.1988, China) is a photographer currently based in Shanghai, China. From 2011 to 2016, he worked with the International news agency XINHUA in Brazil, China, Egypt, Jordan, Kuwait, Syria, Tunisia, Turkey, U.A.E. and other countries to cover events and to tell stories by means of still and motion photography. Meanwhile, he travels all over the world to explore possibilities in visual storytelling with Smartphones.